Another friend & great song writer has changed frequencies to go on home.

He is an American songwriter, A&R director and record producer who worked closely with Holland-Dozier-Holland, and with George Clinton.
His co-writing credits include the hit songs "Give Me Just a Little More Time", "Band of Gold", and "Patches", for which he won a Grammy.

Born in Detroit, Michigan, he began working for Motown when it was formed in the late 1950s, and was first credited as a co-writer for the Valadiers' minor 1961 hit, "Greetings (This Is Uncle Sam)". 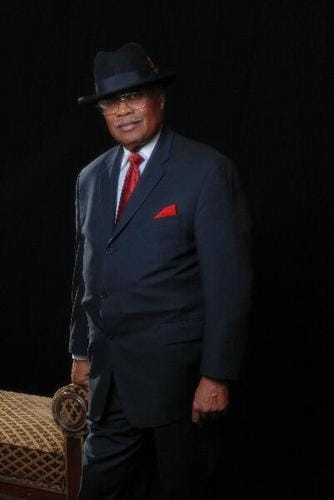 He continued to work with songwriters and record producers Brian Holland, Lamont Dozier and Eddie Holland, Jr., in an uncredited capacity, until they left Motown over a financial dispute in 1968.

Dunbar remained with the three when they set up Holland-Dozier-Holland Productions Inc., and the Invictus and Hot Wax labels, where he became A&R director.

Dunbar began to be credited as a songwriter in his own right, as half of a writing partnership with "Edith (or Edyth) Wayne". The latter is now acknowledged to have been a pseudonym used by Holland, Dozier and Holland, who were unable to use their own names because they were legally contracted to Jobete, Motown's song publishing arm.