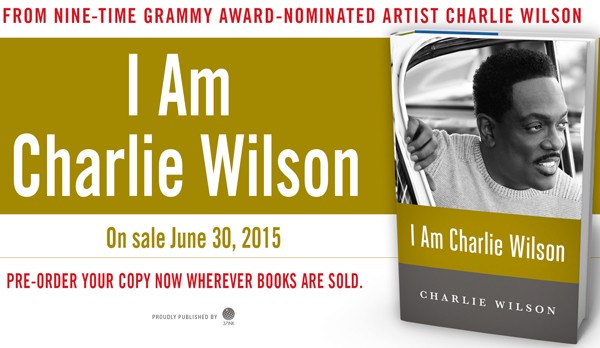 My friend Rick James, whom I’d meet after my family band, The GAP Band, started making it, knew this, too. He used to tell me that I was much too quiet. Rick was boisterously charismatic, the way he walked, the way he commanded a room. When I met him in 1978 or 1979, he was already a bona fide rock star and was covering some of The GAP Band’s music in his shows. He was on the Motown label, so he had a machine in his corner. He also had the Stone City Band up there onstage with him and a fan base that got downright rabid from the moment he’d come out, shirtless, into the spotlight, the tails of his long leather coat flying behind him, his man tights and leg warmers sitting funky in his cowboy boots, and all that hair swinging past his shoulders. When his fingers got to prancing across the strings of his guitar and the audience made out the notes for the intro to “You and I” or caught wind of the opening licks to “Mary Jane,” the entire arena would combust into all kinds of screaming and shouting and frenetic energy. Rick James was electric, and he was drawn to me because I was his complement onstage—wild and full of bravado. Active. He liked that. He liked me. And pretty quickly after we met, we were fast friends, running the streets and hitting the clubs and getting into all kinds of debauchery together. But it was hard for me to keep up with Rick.

One night he had me ride in the limo with him and an entourage of about ten people as we headed for the China Club in Los Angeles. Rick was practically talking in tongues—“All you gappers and finger snappers and toe tappers and you love rappers,” that line from The GAP Band’s “I Don’t Believe You Want to Get Up and Dance (Oops!),” was just one of the jewels Rick dropped that night in the limo—and to say he was amped when it came time to walk past the velvet rope and into the doors of the China Club would be an understatement. I was by his side in the car, but by the time all the people piled out of that limo and the bodyguards started jumping out of their cars and the swag level of Rick James and his entourage was turned up to one thousand, I was all the way in the back of the line, having been shoved out of the way by Rick’s various groupies and clingers-on as they jockeyed for space in his orbit.

That’s the way I was: Vibrant onstage but quiet and unassuming off. Too afraid to speak up. Rick was a superstar. Me, I was just the lead singer in a band. “You’re too humble,” Rick said to me when we finally found each other in the VIP room after twenty minutes. I didn’t want to cause a scene or be a problem to anybody, and he wanted me to be the opposite. “You should have been right here next to me the whole time.”

“How could I do that?” I asked. “I had people pushing me out the way.”

“You gotta act like a star,” he said, tossing in a few curse words to put an exclamation mark on his point. “Watch me. I’ll show you how.”

The next day, he dressed me up in all this stuff—all that Rick James accouterment that made him bigger than life: boots and tights, leather, and leg warmers. And he had me walking around with him like that—trying to give me a different swagger. “Who are you?” he kept asking me. “I know who I am. The name is Rick James, bitch.” That was not a saying made up by Charlie Murphy and Dave Chappelle for a TV skit. Rick was really like that. That was his thing: “This is rock and roll, bitch.” He insisted I say it, but I couldn’t do it. Having been raised in a preacher’s house, I couldn’t see myself responding to someone who asked me my name with a “My name is Charlie Wilson, bitch!” So I didn’t say it, I didn’t think it, I didn’t act on it. I didn’t run through the women and call them bitches. I just let Rick act on it. And that was okay for a minute, but after a while, I started feeling less than—as if I were the clinger-on and everyone else was the superstar. I felt little. Belittled. Rick, Sly, Stevie Wonder, all the superstars I hung with had everything, and there I was with so little self-esteem. I felt as if I were a nothing, had nothing. Then soon enough, that nothing manifested for real.

Low self-esteem was the bitch.

And ultimately, the catalyst for my spectacular downfall.

Singing the blues didn’t kill me after all. Music, my gift, helped me to soar, dropped me to my lowest of lows, and resurrected me in ways immeasurable. In fact, it, along with God’s goodness and mercy, imprinted on me as a child raised by the hand of a woman who loved and revered the Lord, saved my life.
Sworn to fun
Loyal to none
Haut