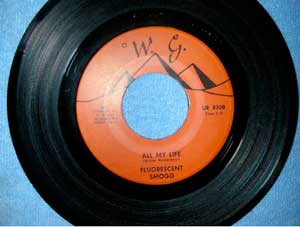 Ps : Accessoirement il s'est vendu à : " $7,406.05 — Fluorescent Smogg, “All My Life” b/w “Little Joe,” 45. This record wins as belle of the Market Watch ball this week. The seller didn’t offer up much information about this 45, other than to say it’s “super rare” and grades as a strong VG+. The photo shows the catalog number of UR 8309 and W.G. Records orange label."

Plus j'écoute All My Life plus je craque sur Marsha 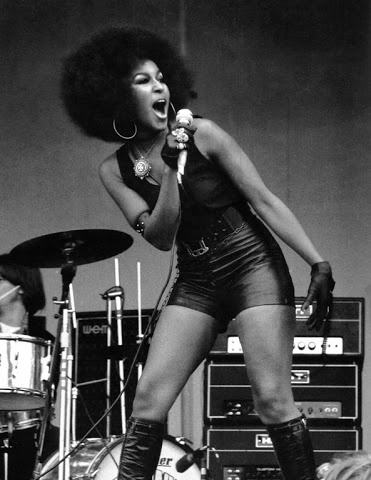 "A self-contained soul and funk group out of Alabama, 7th Wonder notched several dance hits in the mid- to late '70s and early '80s, and used the Seven Wonders of the World connection with little subtlety, borrowing the image of the pyramid at Giza (ndlr : comme sur le 45t

) as their brand and even wearing traditional Egyptian costumes on-stage. The band’s first success came with a cover of Kris Kristofferson's “For the Good Times,” which was released by Nashville’s Abet Records in 1973. The band next signed with Parachute Records in 1978, hitting the R&B charts with “Words Don’t Say Enough” and “My Love Ain’t Never Been This Strong,” both of which were recorded at Muscle Shoals Studio. 7th Wonder then moved to Chocolate City Records in 1980, scoring with “I Enjoy Ya” and “The Tilt.” The band’s original configuration released three albums, 1978’s Words Don’t Say Enough, 1979’s Climbing Higher, and 1980’s Thunder."